Under what authority did the federal government become involved in the detention and transfer of a prisoner who would normally be handled by the two states? What was the authority for this warrant less detention? Was the treatment received by Mr. Lesperance an abuse of the antiterrorism laws? And finally, is this type of treatment the citizens of America have to look forward to under Big Brother tactics that the antiterrorism fear and policies have now rationalized? After reflecting on this it seems there is at least one more question. 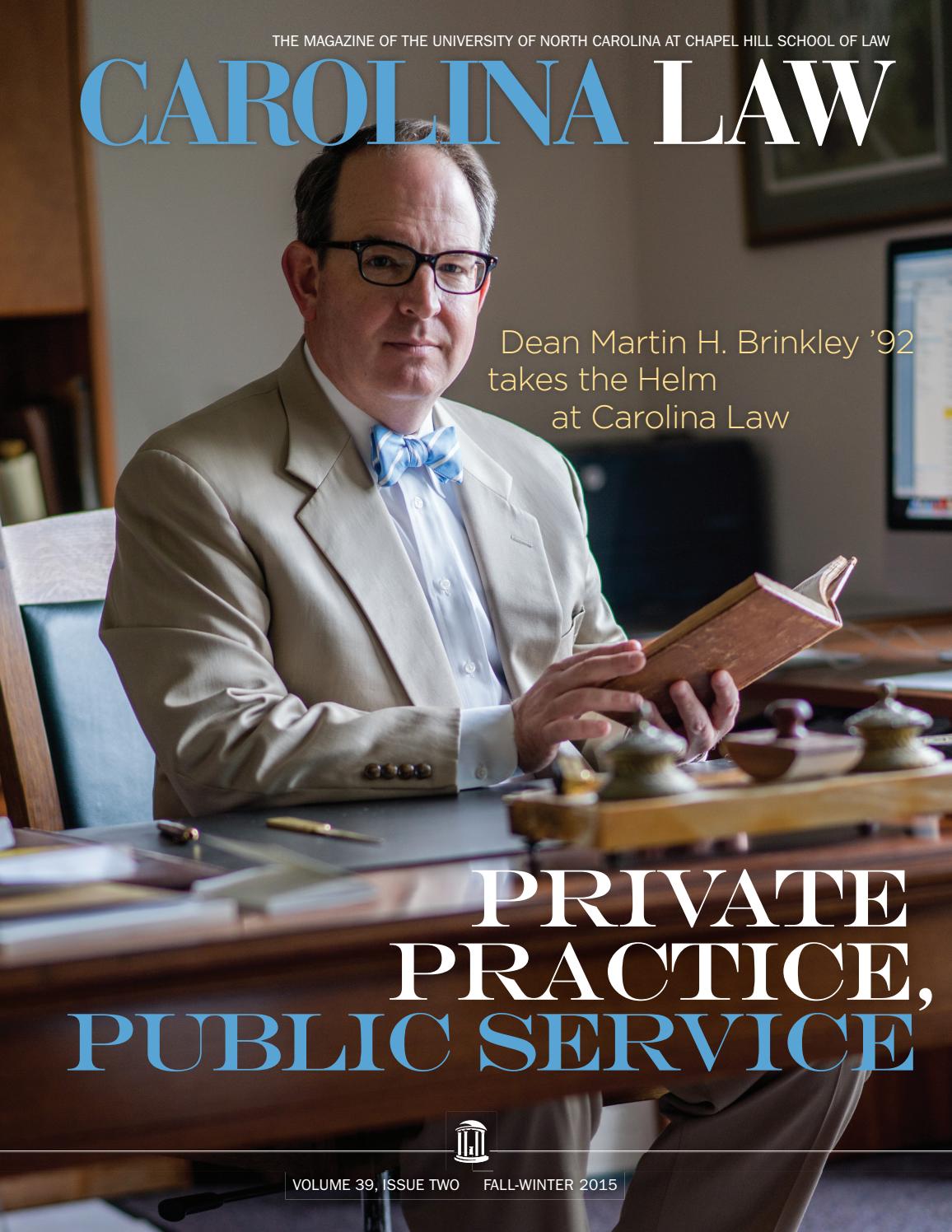 Instead, it appears that in an overzealous rage to fight crime, the focus is no longer on justice, but rather, the focus is on statistics winning at all costs to achieve hard on crime statistics. This certainly fits with the sex offender capitol of the world mind set. But wait, it gets worse. They did, however, pursue charges against the black man with a vengeance. After all, a black adult accused of taking liberties with two 17 year old white girls was manna from heaven for the prosecutors in Shasta County.

The black man was immediately thrown in jail. His attorney informed him that since he was a black man, and this was Shasta County, so therefore, he had better just plead guilty and take a plea bargain. Otherwise, they would send him to prison for a very long time, because a black person could not receive a fair trial in Shasta County. The obvious conclusion from this is: Blacks are not allowed their day in court in Shasta County according to the public defenders.

He was denied the request by Judge Wilson Curle. At this point he felt so oppressed that he felt he had no other choice but to accept a plea bargain, even though he continues to maintain his actual innocense. Peterson - Statement of Facts. Fortunately, the State Department of Justice straightened this one out. Another interesting story is that of an 18 year old boy, and I say boy, because having met him it is obvious he does not function as a adult.

As a child, he was in and out of foster homes and mental health treatment. When he turned 18, he no longer qualified for many programs, but the system did place him in his own apartment. However, he was unable to adequately function, and in a desperate cry for help he told a mental health therapist that he had molested a teenage boy. The therapist notified the police and the process began. He was appointed the Kennedy Office public defenders to represent him. In a scenario repeated in almost every story, the Kennedy Office attorney, with no investigation, and acting like a surrogate prosecutor, threatened, frightened, and then coerced him into accepting a plea bargain.

Telling him that if he did not, he surely would be sent to prison for a very long time. The boy was granted probation under the plea bargain, a probation the authorities knew full well he would not be able to function within. At some point in the subsequent proceedings, the alleged victim and his older brother who had all been together with the defendant the day the supposed molestation occurred, decided to come forward.

They maintained that nothing ever happened. They even showed up in court wanting to testify that the charges were false. The defendants attorney blocked this from happening. Next, the defendant made a motion to have the Kennedy Office Attorneys replaced. As usual, this was denied by Judge Wilson Curle, who sent this mentally disturbed boy off to state prison. This is a classic example of a person who would have been better dealt with through the mental health system than through prison.

But, it appears there is money available to counties from the state and federal governments for criminal prosecutions, but not for mental health. The Kennedy Office Attorneys' names come up repeatedly in these stories. Yet still nothing changes. It is business as usual in Shasta County. The public defenders have lost sight of the fact that this is designed to be an adversarial process, and their job is to represent the defendant, not to be a surrogate prosecutor and do the prosecutors job for him.

It seems the public defenders have been caught twice in the recent past. This was officially reported and published as People v. Morgan , 91 Cal. Rptr 2d The people appealed this decision to the California Supreme Court, who on December 12, , Case Number S, let the appellate court decision stand by refusing to review the case. This case was a Three-Strike case that received widespread media coverage, so we will skip those details, and talk about what was not in the newspapers.

The charges against Morgan in Shasta County resulted from a domestic squabble that resulted in both of them slapping each other. However, overzealous prosecutors elevated this to a felony, a common practice in Shasta County, when they learned Morgan had prior crimes that might possibly be strikes under the Three-Strikes Law.

This occurred when Moran family members confronted some officers about a brutal beating death of one of the Morgan family cousins in a local jail at the hands of police officers. The Arkansas Code sections were later re-numbered, and the section number Morgan was convicted of in is no longer the same.

The two convictions which were actually for the same day, the event with the police officers, showed conviction dates in different years. Endicott was remanded back to Shasta County for a new trial with a different attorney. There is precious little information available about this case, as the case also appears to be unpublished. Why do they find it necessary to hide these things?

Whenever accusations of bias are made officially in a Motion to Rescue Judge Curle, he fights this tooth and nail. This case is officially published as Curle v. Superior Court Gleason , 24 Cal. Rptr 2d , and the decision itself is about a technical point of law. The clash resulted in one man, Hells Angels associate Anthony Zervas, being beaten to death. Police estimated as many as 15 men were involved in the violence. Four suspects were arrested as a result of the altercation.


As a result of heightening violence, New South Wales Premier Nathan Rees announced the state police anti-gang squad would be boosted to members from On the night of March 29, , Hells Angels member Peter Zervas, the brother of the man killed during the Sydney Airport Brawl a week earlier, was shot and injured in retaliation as he left his car outside his home.

Bruno and Nuno Da Silva, two Portuguese immigrant twin brothers and former Brisbane Hells Angels members, were arrested following a police surveillance operation and pleaded guilty to trafficking methylamphetamine from June to October The brothers operated from an East Brisbane locksmith business and passed a percentage of their drug earnings to the Hells Angels at weekly meetings, although they had left the club at the time of their arrest.

In December , Bruno was sentenced to nine years imprisonment, while Nuno was sentenced to seven years. The Hells Angels were one of 26 motorcycle clubs designated as criminal organizations in the state of Queensland under the Vicious Lawless Association Disestablishment VLAD Act , which was passed on October 16, and went into effect immediately.

Similar to the case in Queensland, the Hells Angels were also declared a criminal organization in the state of South Australia along with nine other motorcycle clubs under legislation that came into force in August Under the laws, it is an offence for members of these organizations to gather in groups of three or more in public or wear gang colours and logos. The Hells Angels rented a farmhouse in Melbourne's northeast, near Hurstbridge , where they produced amphetamines in 50 pound Eventually, investigators arrested 19 people and seized three kilograms of amphetamines, as well as cash, explosives, handguns and a machine-gun.

This sparked an internal feud over the gang's operations that led to around 40 violent incidents. Hill and another member, Roger Biddlestone, cut their ties with the Hells Angels and cooperated with police, prompting the club to put a contract on their lives. Nine Hells Angels were charged with conspiring to murder Hill and Biddlestone, but Biddlestone refused to testify and the charges against his former club mates were dropped; he was subsequently convicted of contempt of court.

Hill was convicted on drugs charges in and jailed alongside a number of others.


During the investigation, codenamed Omega Two, the police tracked club members' movements ferociously, prompting Jim Brandes, the Melbourne Hells Angels' American contact, to try to assassinate Bob Armstrong, a detective on the case. Brandes, who had previously been acquitted of the attempted murder two police officers in the US, flew to Melbourne but was immediately deported. Anton Kenny, a former president of the Hells Angels' Australian Nomads chapter who was kicked out of the club in for cooperating with police, was killed after being shot five times with a.